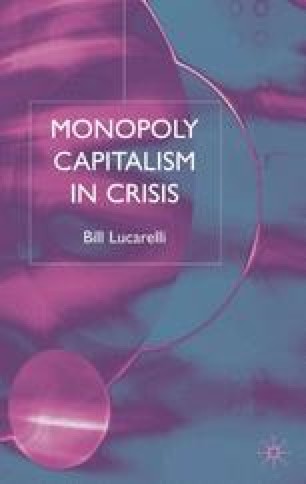 The end of the long boom coincided with the demise of the postwar Bretton Woods system of fixed exchange rates. With the onset of the dollar crisis in 1968–73, the international financial markets were thrown into turmoil. The relatively stable hegemonic system of Pax Americana was gradually replaced by an oligopolistic system of competing centers of capitalist accumulation based in the US, Europe and later from Japan/East Asia. The struggle over markets, investment outlets and access to strategic raw materials between the three major capitalist blocs has characterized the entire era of stagnation from the mid-1970s to the present.