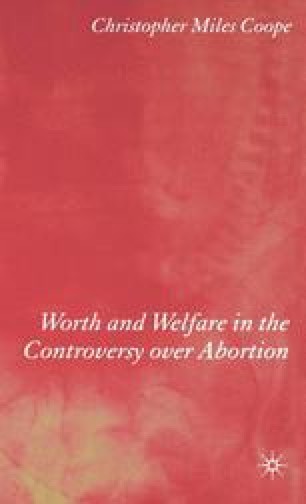 In Part Two we shall investigate with some thoroughness whether it really makes sense, after all, to talk about the intrinsic value of human beings, of paintings, of animal species, etc., where this is given as a reason why they should not be destroyed. Of course, we shall be specially interested in the idea that human beings have this value.

Human Life Personal Investment Practical Ethic Intrinsic Goodness York Review
These keywords were added by machine and not by the authors. This process is experimental and the keywords may be updated as the learning algorithm improves.
This is a preview of subscription content, log in to check access.