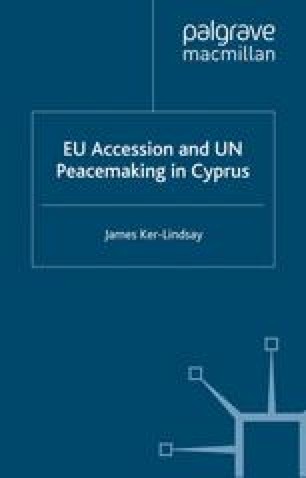 On 1 April 1955, a series of explosions around Cyprus marked first salvoes of what would become a bitter four year military campaign by the majority Greek Cypriots to end British rule and bring about the island’s union with Greece (Enosis).1 Although fiercely resisted at first, by late 1958 Britain had all but given up its hopes of retaining Cyprus. As well as fending off attacks by the Greek Cypriots, the colonial authorities were increasingly at odds with the minority Turkish Cypriot community, which had by this point taken up arms in an attempt to secure the island’s partition (Taksim) between Greece and Turkey. Naturally, the tensions on the island led to strained relations between Athens and Ankara, which in turn was destabilising NATO’s south eastern flank. What at first appeared to be a small anti-colonial insurgency on a seemingly insignificant Mediterranean island was now posing a major threat to the security of the West. It was therefore with considerable relief that Britain received the news, in early 1959, that the Greek and Turkish Governments had reached a compromise solution. Rather than Enosis or Taksim, Cyprus would become an independent state.

Security Council Historical Background Custom Union Foreign Minister Direct Talk
These keywords were added by machine and not by the authors. This process is experimental and the keywords may be updated as the learning algorithm improves.
This is a preview of subscription content, log in to check access.