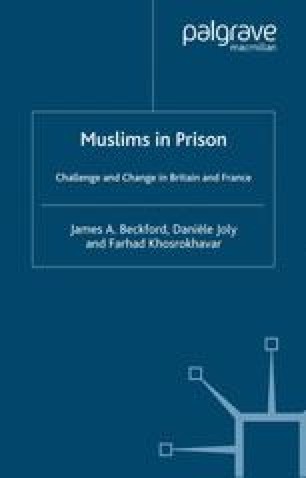 Prison is one of the state institutions that most clearly exercises coercion. In a way it is doubly coercive because it removes disorderly elements from wider society by force – and then organises a tightly controlled regime for these elements within prison. A number of assumptions underlie the prison environment, such as the need to hold inmates on tight reins since their background reveals a propensity to break rules and cause disruption. Although the prison institution as such is mostly accepted as legitimate by the rest of society, this is not necessarily the case for the majority of inmates. On the contrary, there is a tendency for them not to accept their situation. This is why prison authorities see the need to govern through the enforcement of discipline.

Ethnic Minority Race Relation Local Education Authority Religious Discrimination Prison Staff
These keywords were added by machine and not by the authors. This process is experimental and the keywords may be updated as the learning algorithm improves.
This is a preview of subscription content, log in to check access.