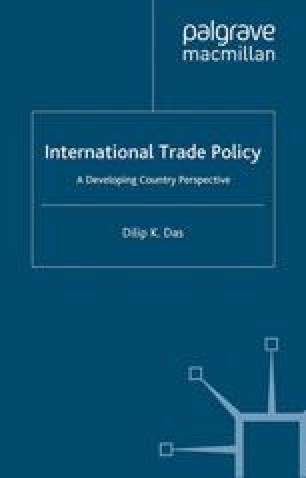 The General Agreement on Tariffs and Trade (GATT) was established on 30 October 1947, principally by the industrialise countries, which still dominate it because they dominate the international trading scene. Twenty-three countries were the original signatories of the GATT charter. The membership, however, has grown. Lesotho became a Contracting Party under Article XXVI of the General Agreement in January 1988, bringing GATT membership to 96. In addition, one country has acceded provisionally and a further 28 apply in practice the rules of GATT to their commercial policy.

European Economic Community Trade Diversion Multilateral Trade Trade Creation Preferential Trade Agreement
These keywords were added by machine and not by the authors. This process is experimental and the keywords may be updated as the learning algorithm improves.
This is a preview of subscription content, log in to check access.