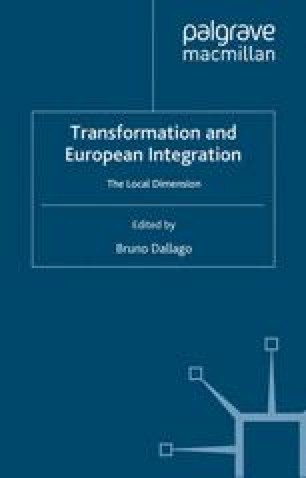 The Balkans Viewed from Brussels: the Local Development in SEE

To view the Balkans from Brussels is not easy. In order to fully understand Balkan affairs, it is necessary to rid oneself of several preconceptions and make a particular effort, first of all cultural. An effort that should begin by getting rid of ‘geo-cultural’ analyses based on the model developed by Samuel Huntington, who explained the events of Bosnia and the former Yugoslavia through the paradigm of the ‘clash of civilizations’: Muslims against Christians, Catholics against Orthodox, along a ‘frontier of civilization’ that would separate the ‘two Europes’, the catholic and the protestant Europe from the orthodox one, passing through the Ukraine, divided by Catholics and Orthodox, and Bosnia (Huntigton 1996).2 And to get over the attitude summarized by Winston Churchill’s quote, ‘the Balkans are a region that produces more history than it can consume’.

Local Development European Council North Atlantic Treaty Organization Western Balkans European Union Politics
These keywords were added by machine and not by the authors. This process is experimental and the keywords may be updated as the learning algorithm improves.

Apersonal note by Sandra Gozi, political adviser of the President of the European Commission. The theses supported and the opinions expressed are personal and do not concern the institution the author belongs to. The author thanks Luciano Gaudio and Adam Nyman for the assistance in drawing up the present work.

Cite this chapter as:
Gozi S. (2006) The Balkans Viewed from Brussels: the Local Development in SEE. In: Dallago B. (eds) Transformation and European Integration. Studies in Economic Transition. Palgrave Macmillan, London