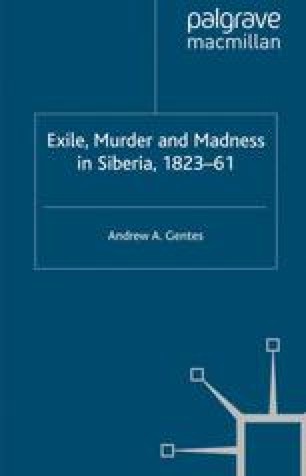 Siberia dwarfs European Russia. Nearly 5,000 miles east to west, over 2,000 miles north to south, and covering over six million square miles, it is immense. Its western and eastern halves are distinct from one another. The Enisei River marks the division between the Western Siberian Plate, a geologically young platform of sedimentary rock, and the much more ancient Siberian Platform. Stretching from the Krasnoiarsk- Novokuznetsk-Rubtsovsk line east to Irkutsk and south of Lake Baikal, the mountains from which the Enisei springs date back 700 million years and are Siberia’s second oldest geological formation. The geology east of Lake Baikal and the Lena River is more recent. The so called Russian Far East is Siberia’s youngest and most active region: at 230,000 square miles Kamchatka is one of the world’s largest peninsulas and has several volcanic mountains over 10,000 feet; Sakhalin—589 miles long and covering nearly 48,000 square miles—is one of the world’s largest islands.

Corporal Punishment Sovereign Power Pastoral Form Autocratic Regime Civilian Sector
These keywords were added by machine and not by the authors. This process is experimental and the keywords may be updated as the learning algorithm improves.
This is a preview of subscription content, log in to check access.