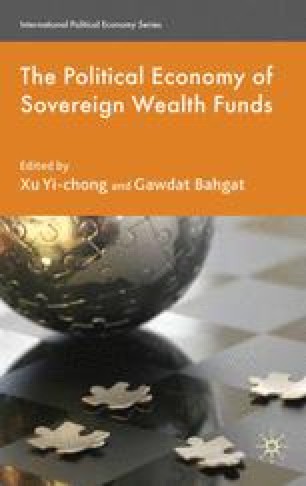 Some Macroeconomic Implications of the Future Fund

Up to 2005, most Australian public servants and the military received as a part of their remuneration a defined benefit superannuation payment in retirement1. At the time of employment, no funds were set aside for these future outlays. Rather, the payments were to bemet when required on a pay-as-you-go form from recurrent government expenditure. In effect, the government was building up unfunded liabilities, or borrowing from its current employees. In May 2007 these unfunded liabilities were estimated at around A$103 billion, or 10 per cent of a year’s GDP, and the liability is expected to grow to around A$148 billion by 2020 (Australian Government 2007). While some superannuation retirement benefits will be paid in the next few years, given the age distribution of expected retirements, a large proportion of these unfunded liabilities are not expected to mature until after 2020 (Au-Yeung et al. 2006). Financing these superannuation liabilities from recurrent funds as and when they are claimed is referred to as the business as usual (BAU) strategy.

Government Expenditure Superannuation Fund Future Period Factor Supply Social Discount Rate
These keywords were added by machine and not by the authors. This process is experimental and the keywords may be updated as the learning algorithm improves.
This is a preview of subscription content, log in to check access.