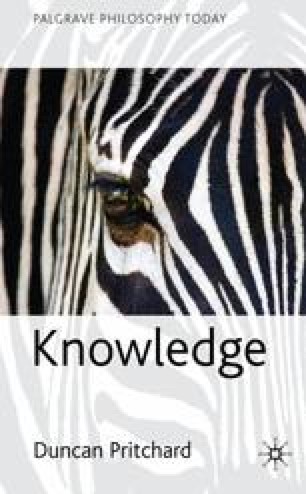 Radical scepticism is the view that knowledge — most of it at any rate — is impossible. Strictly speaking it is not really a view, in that while there have historically been some people who have proposed such a position, its philosophical interest does not rest on whether there are any real-live sceptics. The reason for this is that, properly expressed, radical scepticism is a paradox, in that it exposes a deep tension in our own epistemological concepts. Like all paradoxes, radical scepticism proceeds by identifying a series of claims which we would individually take to be highly intuitive, but which are shown to collectively entail an intellectually unacceptable conclusion — in this instance that knowledge is impossible. Since paradoxes are generated by our own concepts — in this case our epistemological concepts -it clearly doesn’t matter whether there is anyone out there who actually argues for the sceptical conclusion since it would still constitute a serious philosophical problem that we would need to deal with even if this were not the case.

Epistemic Standard Sceptical Argument Closure Principle Normal Context Epistemic Luck
These keywords were added by machine and not by the authors. This process is experimental and the keywords may be updated as the learning algorithm improves.
This is a preview of subscription content, log in to check access.