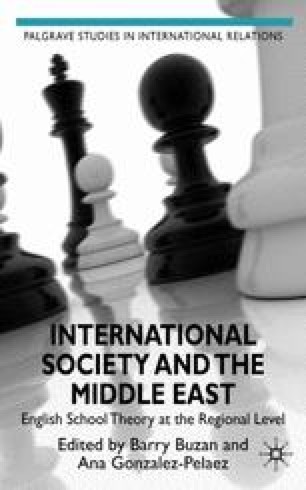 International Society and the Middle East pp 170-200 | Cite as

Islam, the Middle East and the Pan-Islamic Movement

Pan-Islam is an ideology calling for the unity of Muslim peoples worldwide on the basis of their shared Islamic identity. Apart from this basic definition, pan-Islam, historically and today, is characterised by great diversity of motives, goals and tactics. It ranges from what we could call solidarist visions at one end of the spectrum to pluralist visions at the other. Solidarist notions of pan-Islam themselves find myriad expressions. Some appeal to idealised versions of Islamic history, calling for the ‘reconstituting’ of the caliphate, one that politically unites most Muslims in a single state, a ‘new’ dar al-islam. Others envisage pan-Islamic solidarity in cosmopolitan terms, creating a community of individual Muslims linked through transnational, rather than intergovernmental, institutions. According to this vision, the umma has a life apart from the state or states. At the pluralist end of the spectrum, pan-Islam accommodates itself to the realities of a politically divided dar al-islam and a polyglot umma. Here, pan-Islam finds expression in internationalist terms, as an interstate society of Muslim states that is a subset of the universal international society. All member states are in good standing with the universal international society and abide by its constitutive principles in their relations with each other and with non-Muslim states. But the pan-Islamic ideals come into play in special obligations and claims that Muslim states have in relation to one another.

Middle East Muslim Country Muslim Population Muslim World Political Unity
These keywords were added by machine and not by the authors. This process is experimental and the keywords may be updated as the learning algorithm improves.
This is a preview of subscription content, log in to check access.