What is History Now? 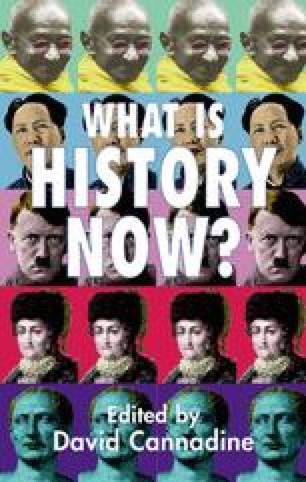 Epilogue: What is History Now?

E.H. Carr ‘would envy’, he said, a historian unchanged in his outlook after fifty years of work.1 Although only forty years have elapsed since the publication of What is History? they have been, as a nineteenthcentury dowager might say, forty interesting years, crowded with novelty. Like other academic disciplines — perhaps, in some respects, more than most — history has both stimulated and reflected enormous changes in modern Western societies. An egalitarian revolution has narrowed gaps between classes, sexes, generations, ranks and almost all categories of social differentiation, except for the gap between rich and poor, which, with impressive tenacity, has continued to widen. In some cases, maybe, as cause — and certainly in consequence — historians have been able to cross those gaps with increasing ease, penetrating parts of society which earlier histories hardly reached, discovering the histories of formerly underprivileged or outcast minorities, including women and children, workers and criminals, the sick and the insane. Thanks, meanwhile, to the cultural and demographic revolution which has bestowed pluralism and multi-culturalism on most of the West — the retreat of white empires, the counter-colonization of metropolitan homelands by the former ‘victim-peoples’ and subject-peoples of colonialism — historians have felt freed and equipped to attempt some of the new explorations Carr foresaw and welcomed: studying the history of peoples formerly said to be ‘without history’;2 embracing global history, including non-European subjects in comparative histories; broaching the histories of once apparently marginal ethnicities; drawing on the experience of a world in rapid transition to open new chapters in the study of identity.

Present Volume Memory Distortion Modern Western Society Global History Incoming Sensory Information
These keywords were added by machine and not by the authors. This process is experimental and the keywords may be updated as the learning algorithm improves.
This is a preview of subscription content, log in to check access.