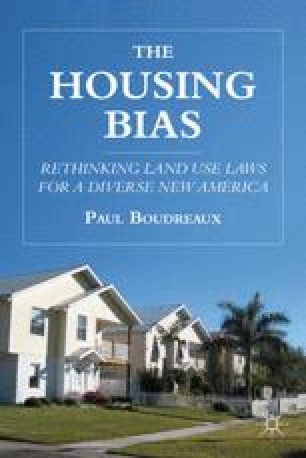 Close your eyes and picture an American household. Okay, you may open them now (which, if you’re reading this, I suppose you’ve already done). Did you picture a mom, dad, and a kid or two? If you did, you’re not alone—studies have shown that most people think of this traditional image. Now guess what percentage of households consists of parents and one or more children? According to the 2000 Census, only about 26 percent—or barely one in four—of all American households include parents and one or more of their kids. This total covers households with stepparents, unmarried couples, stepchildren, and other variations. Now guess what fraction consists of only one person living alone? The answer is just about the same—just under 26 percent. The number of single people has been growing rapidly in recent decades because of a number of factors, including the immigration of solo people to the United States, the fact that young people marry later and divorce earlier, and, perhaps most of all, the growth in the number of elderly single people. When details of the 2010 Census are released, the figures will, no doubt, show that single-person households are now by far the most common type of household. Of the remaining households, the most common is a couple living without any other people, which constituted about 25 percent of households in 2000.

Local Government Free Market Affordable Housing Fair Share Metro Area
These keywords were added by machine and not by the authors. This process is experimental and the keywords may be updated as the learning algorithm improves.
This is a preview of subscription content, log in to check access.