Subjectivity in the American Protest Novel 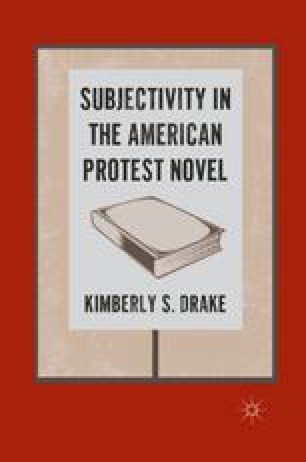 Subjectivity in the American Protest Novel pp 89-130 | Cite as

“Women on the Go”: Stereotype, Domesticity, and Street Culture in Ann Petry’s Fiction

While African American men attempted to claim their right to enter the public world, African American women had a different mission. As they were “relegated to a place outside the ideological construction of ‘womanhood’ ” during (and after) slavery in order to facilitate control and sexual abuse of their bodies, African American women had to restore their moral reputations and with them the morality of the race (Carby “On the Threshold” 308–9). Women of all races “have to carry the burden of the race’s morality or lack of it,” as Gerda Lerner has observed, and prominent African American women during and after the Reconstruction era took up this challenge in a variety of ways (Black Women. 40). In the words of Anna Julia Cooper, it was the “colored woman’s office” to “stamp weal or woe onto the coming history of this people” (qtd. in Carby “On the Threshold” 304). Attempting to empower black women, Cooper simultaneously places the entire burden of racial “uplift’ squarely on their shoulders in such a way as to hold them responsible for past, present, and future historical “woe.” This is not to say that she blamed the rape victim. In fact, intellectuals and writers such as Cooper, Ida B. Wells, and Pauline Hopkins established a direct connection between “the rape of black women in the nineties” and the “rape of the female slave,” thereby establishing the “dialectical relation between economic/political power and economic/sexual power in the battle for the control of women’s bodies” (Carby “On the Threshold” 315).

Black Woman African American Woman Female Character White People Female Identity
These keywords were added by machine and not by the authors. This process is experimental and the keywords may be updated as the learning algorithm improves.