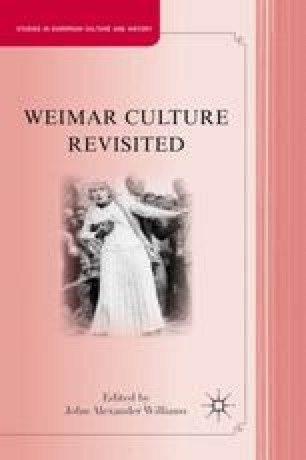 Imperialism garnered relatively little attention in Weimar politics, although imperial fantasies abounded in the popular imagination. The Second Empire had acquired colonies relatively late in the nineteenth century and had never developed a coherent policy on imperialist matters.1 Only after the Berlin Conference of 1884–1885 did Germany obtain colonial territory, mostly in Africa: German East Africa (comprising present-day parts of mainland Tanzania, Rwanda, and Burundi), German South West Africa (present-day Namibia), Cameroon, and Togo. A little over three decades later, the Treaty of Versailles stripped Germany of all territorial claims in Africa and elsewhere. After 1918, the former colonies became marginal in German national politics, and the topic arose mostly in negotiations surrounding war reparations.2

Young Reader German Child Weimar Republic Colonial Discourse Colonial Relation
These keywords were added by machine and not by the authors. This process is experimental and the keywords may be updated as the learning algorithm improves.
This is a preview of subscription content, log in to check access.