Criminology, Deviance, and the Silver Screen 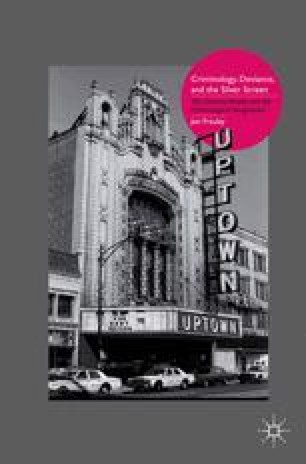 Criminology, Deviance, and the Silver Screen pp 99-121 | Cite as

Moral Transcendence and Symbolic Interaction in Falling Down

Bill Foster (Michael Douglas) finds himself deadlocked in traffic on a crowded, noisy, very hot freeway on-ramp somewhere in Los Angeles. This opening scene provides us with some emotional or existential context for what Bill is feeling; it subjects us to the noises and gestures that fill Bill’s milieu. Through intensive focus on these sights and sounds that inundate—indeed overstimulate—we are lead to not simply observe the character but imagine what it must be like to be Bill at that moment (and in the subsequent series of moments that comprise what is a protracted process of symbolic transformation). The final scene of the motion picture depicts a confrontation between the retiring, mild-mannered Sergeant Prendergast (Robert Duvall) and the recently unemployed, disgruntled, and divorced father, Bill. Bill is surprised to learn that because of the things he has done he is considered by police to be the bad guy. Bill has a difficult time making sense of this because he believes he has worked his whole life for family and country, upholding good, old-fashioned American values. Bill is holding onto the idea that he is a good father and provider. This belief informs his master identity and understanding of his social role, and is key to his motivation to get home and eliminate all obstacles in his path and to the process of becoming the bad guy.

Analytical Narrative Organize Attitude Store Owner Significant Gesture Secondary Deviation
These keywords were added by machine and not by the authors. This process is experimental and the keywords may be updated as the learning algorithm improves.

—Bill to Sergeant Prendergast in Falling Down