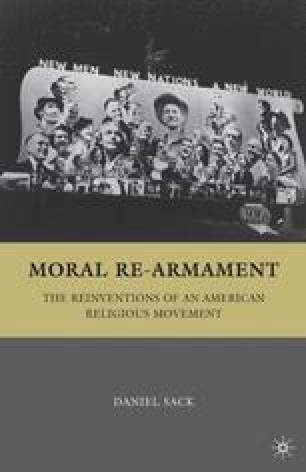 On August 15, 1945, Buchman met with the team gathered at Mackinac and announced the surrender of Japan. They had a quiet time and sang the Doxology. That night they met and “re-dedicated our lives to the battle for a new world. Frank’s guidance was, ‘There is just one war left—the war of ideas.’”

Good Road Movement Leader Movement Member House Parti Dutch Minister
These keywords were added by machine and not by the authors. This process is experimental and the keywords may be updated as the learning algorithm improves.
This is a preview of subscription content, log in to check access.