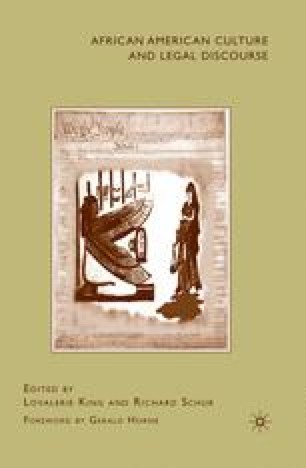 The Fire Next Time and the Law

The Fire Next Time (1963) is a pivotal work in James Baldwin’s career. It consists of two essays: “My Dungeon Shook: A Letter to my Nephew on the One Hundredth Anniversary of the Emancipation,” originally published in Progressive, and “Down at the Cross: Letter from a Region in My Mind,” a lengthy, twenty-thousand-word essay that first appeared in The New Yorker. Upon the publication of the two essays as The Fire Next Time, readers couldn’t help but pay attention to the passionate intensity of this young writer who had burst onto the literary scene a decade earlier with the publication of his bildungsroman, Go Tell It on the Mountain (1953), and his manifesto, the essays collected in Notes of a Native Son (1955). Baldwin remained in his first period of exile in Europe until 1957, when he returned to a racially divided nation that was in desperate need of a spokesperson. He stepped forward to fulfill that role, publishing “Down at the Cross” as a loud wake-up call to his blissfully ignorant countrymen: biographer David Leeming describes it as “his consideration of Western culture from the perspective of the people oppressed by that culture.”1 The essay called attention not only to people like Baldwin but also to Baldwin himself, as it involved elements of personal history, class, religion, and, of course, race. This widespread attention landed him on the cover of Time magazine on May 17, 1963, and garnered him an invitation for a personal audience with Attorney General Robert Kennedy the following week. Moreover, it cemented his status as the intellectual leader of the civil rights movement, which was entering its most turbulent phase.

Police Officer Black People White People Supreme Court Decision American Literature
These keywords were added by machine and not by the authors. This process is experimental and the keywords may be updated as the learning algorithm improves.
This is a preview of subscription content, log in to check access.