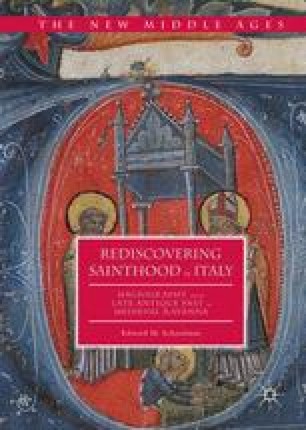 Barbatianus in the Later Middle Ages

The afterlife of Ravenna’s tenth-century hagiography, and in particular the Vita Barbatiani, is discussed in this chapter. The vita became source for a sermon written in the eleventh century by Peter Damian, in which the sanctity of Barbatianus becomes centered on his humility rather than his miraculous abilities. The Vita Barbatiani itself, however, remained popular throughout the twelfth century and was diffused in manuscripts beyond Ravenna’s immediate realm of influence through the patronage of monasteries by noble families with strong roots to the city.