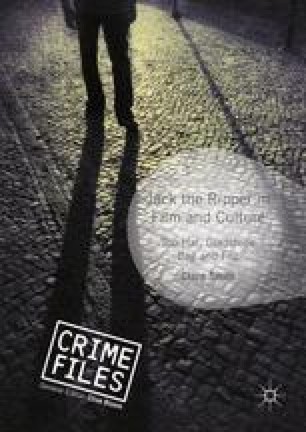 Unlike any other serial killer, either real or fictional, Jack is connected to a specific place. Peter Sutcliffe and Albert de Salvo, the Yorkshire Ripper and the Boston Strangler respectively, may be named after the locations where they committed their crimes but due to the wide geographical area of Yorkshire and Boston they are not linked in the same way as Jack and Whitechapel. As evidence of this connection between Jack and Whitechapel I will use not horror films but comedy: the film Shanghai Knights and the British sitcom Goodnight Sweetheart (UK, 1993–1999).

Criminal Psychologist Serial Killer Wound Culture Terrace House Soup Kitchen
These keywords were added by machine and not by the authors. This process is experimental and the keywords may be updated as the learning algorithm improves.
This is a preview of subscription content, log in to check access.