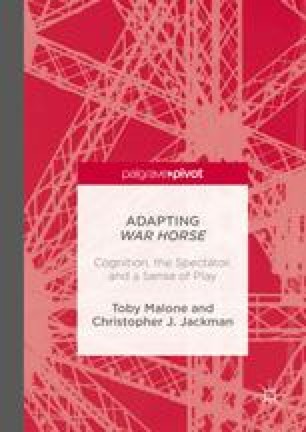 This chapter applies Varela’s theory of enactive cognition as a means of describing the intuitive processes underlying our implicit awareness of the world. This theory suggests that the act of perception is always action mediated, and that the world is disclosed in terms of our ability to engage with it. Spectatorship is thus an emodied process, where one’s conceptual understanding of the play is recognised as an emergent property of immediate sense-making practices. This implicates artists and audiences alike in the adaptive process of “making fit”; conventional theatre-going may be understood as a process by which performers responsively orient the audience towards a domain of shared significance.