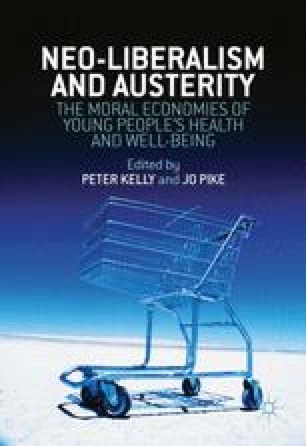 Erratum To: Neo-Liberalism and Austerity

The original version of the book contained errors which have been corrected. The corrections are given below:

The book was published with the title “Neoliberalism, Austerity, and the Moral Economies of Young People’s Health and Well-being”. Now, it has been revised along with the subtitle as follows:

Subtitle: The Moral Economies of Young People’s Health and Well-being