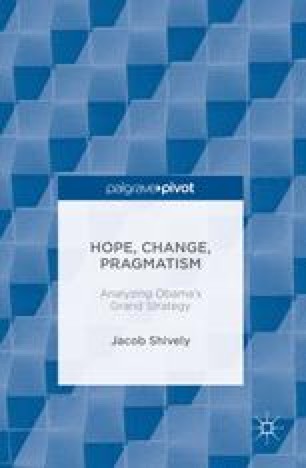 This chapter draws together findings from the case studies to compare claims and draw conclusions about Obama’s grand strategy. It applies the project’s proposed framework (scope, substance, and orientation) for analyzing the content and feedback of grand strategies, and it concludes that Obama’s approach to grand strategy is a self-consciously internationalist and pragmatic approach to retrenchment. However, whether Obama’s grand strategy was effective or fruitful remains a point of serious debate. This chapter argues that evaluated by its own standards, the Obama administration failed to achieve many of its goals. Specifically, the strategy itself may have been sound; however, Obama and his team failed to project power to compensate for perceptions of weakness that often arise with strategic inaction.