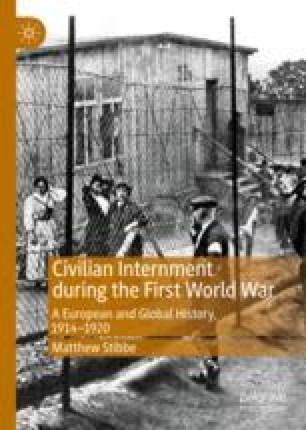 The conclusion sums up the main findings of the book, noting that a variety of local, national, transnational and international actors helped to give civilian internment multiple and globally-intertwined meanings in the years 1914–20. The very diversity of their observations marks this period out as the most significant turning point in the political and cultural history of the camp phenomenon. The book’s arguments also have broader methodological and theoretical implications for how scholars might write the history of the First World War as a European-wide and global conflict, involving new types of human and non-human movement across borders and competing jurisdictions. The epilogue explores the further develop of the internment phenomenon after 1920. Rather than ending the story with the Soviet gulag and Nazi concentration camp systems, it considers how the power relationships that underpinned internment during the First World War continue to shape detention practices in the world today.

Cite this chapter as:
Stibbe M. (2019) Conclusion and Epilogue. In: Civilian Internment during the First World War. Palgrave Macmillan, London