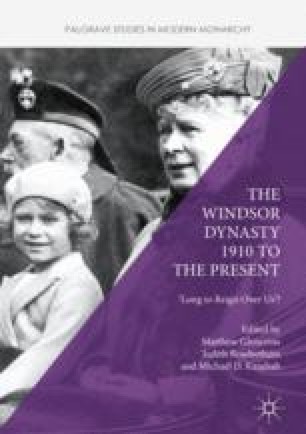 The Duke and the Dictator: The Royal Role in Marshal Tito’s Visit to Britain, March 1953

This chapter examines the ways in which, as a result of collaboration between the government and the royal family, it became possible for what was practically (if not officially) a state visit to go ahead at what was considered by the politicians of the day to be a crucial time, despite the difficulties that were posed by the run-up to the coronation of Elizabeth II. The Duke of Edinburgh effectively deputised for the Queen, after a lengthy political debate, even though he was not head of state and in reality held no official role in British public life at that point. His status as a senior royal, however, made his willingness to take a prominent role in receiving Tito an important asset for the government. The chapter explores the use made by politicians, in the national interest, of the symbolism, role and importance of the monarchy through this case study focusing on Tito’s 1953 visit to the UK.

Prime Minister Foreign Policy British Government Royal Family Soviet Bloc
These keywords were added by machine and not by the authors. This process is experimental and the keywords may be updated as the learning algorithm improves.
This is a preview of subscription content, log in to check access.