Work and Family in Urban China 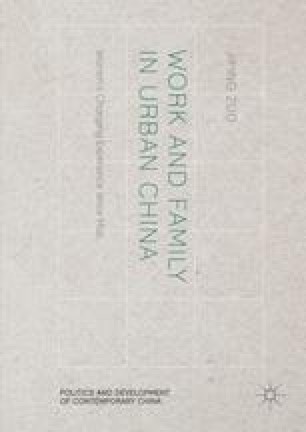 Employing in-depth interview data from women of the Mao and post-Mao cohorts in urban China, this chapter examines women’s increasingly diverse work–family roles since the market reform. It mainly observes three types of women: stay-at-home moms, women who combine work with their family, and employment-/career-oriented women. Regardless of their work–family role arrangements, women of all three types are found to be subject to work–family conflict in the post-Mao period; this is indicated by longer working hours, excessive work demands, the rising costs of housing, education, health care and childcare, and fewer affordable social services for families.

Family Conflict Rural Resident Welfare Benefit Market Reform Urban Woman
These keywords were added by machine and not by the authors. This process is experimental and the keywords may be updated as the learning algorithm improves.
This is a preview of subscription content, log in to check access.