Language, Identity and Cycling in the New Media Age 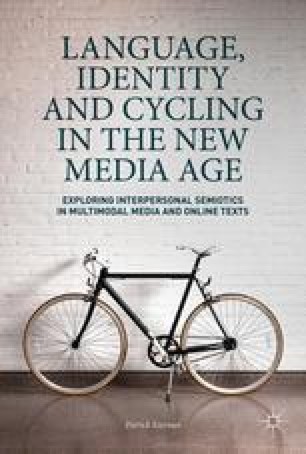 This book explored ways in which celebrity, community, individual and corporate identities are evoked across an array of current media resources from more traditional ones such as published biographies, magazine articles and TV to those more closely associated with the new media age: online forums, homepages, blogs and YouTube channels. The exploration of texts derived from the niche of cycling enthusiasts has also made it possible to see how relationships among celebrity, community, individual and corporate identities are evolving. Finally, throughout this book, I have also explored a range of analytical approaches, which span SFL from explorations using corpora and grammatical analysis to discourse analysis and multimodality. This final chapter steps back to provide an overview of what has been learned as well as to propose new directions for further investigating the issues that have been raised herein.