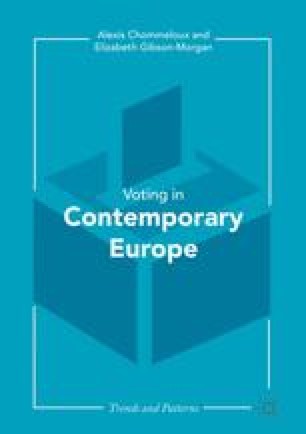 The peoples of Europe may not all share a common language, a common currency, a common foreign policy or a common army but, with a few notable and notorious exceptions, they share a common right: the right to take part in, fashion and supervise what one of the great Europeans is said to have described as “the worst form of government except for all others”, via an essential and much fought for activity: that of voting. The relatively new European institutions that most of them do share may be criticised for the “democratic deficit” on which some put so much emphasis in the UK, France and Denmark, for instance, and yet the improvements in the way other Europeans vote (in the West Balkans in particular) owe a great deal to those institutions. Besides, it is voting that allows the former to peacefully consider leaving the European Union (EU), protest against it in the European Elections—for reasons seldom genuinely European—or limit the extent of their participation in and cooperation with the EU or other Europe-wide institutions. Political Europe is currently confronted with several major, potentially life-threatening crises. As it is attacked, for interfering or for doing too little, there is a feeling in many places that it is also Europe’s politics as we know it that is being attacked. The helplessness of Europe echoes the helplessness of politicians all the more loudly since the latter tend to find comforting short-term expediency in blaming theirs on Brussels. As a result, Euro-enthusiastic parties are taking an electoral hit in many countries, notably because they tend to be more open to the world and more liberal—in most senses of the word—whereas the parties that are capitalising on fears currently inspired by globalisation, Americanisation, immigration and perceived encroachments on their precious sovereignty often share a visceral dislike of Europe—that is, of Europe-wide economic policies, of Schengen, of the so-called European super-state.

European Union Proportional Representation Socialist Party European Election Legislative Election
These keywords were added by machine and not by the authors. This process is experimental and the keywords may be updated as the learning algorithm improves.
This is a preview of subscription content, log in to check access.