Representations of Childhood in American Modernism 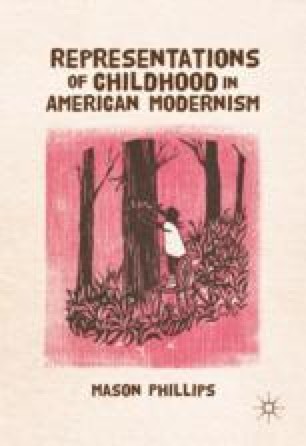 Representations of Childhood in American Modernism pp 91-117 | Cite as

At the other end of the modernist timeline, Djuna Barnes’s Nightwood picks up in many ways where The Turn of the Screw leaves off. As with James, the quintessential features of childhood take on grotesque features in Barnes’s late modernist novel. The quote that leads the title of this chapter stands as a warning against the childlike impersonations of the novel’s central character Robin Vote. But the line and the character double, I argue, as a caution for modernism itself, as a literary period positively energized by such impersonations, characterized broadly by the period’s mantra to “make it new.” Modernism’s love affair with the new has been linked to youthful resistance, to experimentation, and to innovation, but in the late 1930s—on the cusp of the Second World War—Barnes suggests that it can also be viewed as a cooptation of innocence that is artificial, empty, and even heartless.

Fairy Tale Late Modernism Blank Slate Modernist Painting Lost Generation
These keywords were added by machine and not by the authors. This process is experimental and the keywords may be updated as the learning algorithm improves.
This is a preview of subscription content, log in to check access.