Moral Claims in the Age of Spectacles 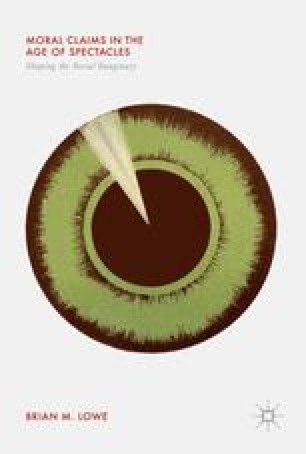 This chapter goes beyond identifying what spectacle is to investigate the locations where spectacles unfold. In premodern societies, spectacles were generally created by elites in order to convince each other and the masses of their legitimacy, dominance and even divine favor. These spectacles generally required a physical location in which to occur (arenas, throne rooms, religious and ceremonial spaces, etc.), a concentrated population with a significant amount of co-presence that facilitated the creation of Durkheimian social currents (common emotional states such as excitement or joy) and the presence of (often professional) ceremonial managers. With the rise of mass media in modern societies, first characterized by mass print and then audio and visual media in the twentieth century, the need (and capacity) for physical mass audiences has declined (professional and collegiate sports stadiums being notable exceptions). In (post)modern societies, spectacles can be created and encountered by just a few individuals, or even by the lone observer.