The Wandering Thought of Hannah Arendt 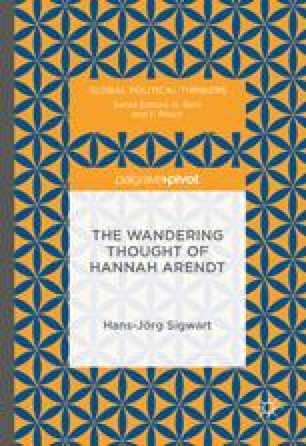 The Wandering Thought of Hannah Arendt pp 11-28 | Cite as

Arendt’s critical stance against philosophy, especially against Plato, forms an important part of the background of her theoretical self-perception. For Arendt, the term philosophy denotes a main historical current of the Western tradition of political thought, but also a general mental activity and experiential position. In both respects, philosophy bears anti-political implications. As a consequence, the practical logic of political experience which substantially differs from philosophizing has often been neglected or even dismissed within Western political thought. Arendt’s political theory not only aims at defending the experience of politics against these misconceptions. It also epistemologically sides with the political against the philosophical mode of experiencing reality, at least gradually, and therewith closely relates the vita contemplativa with the vita activa of human beings.