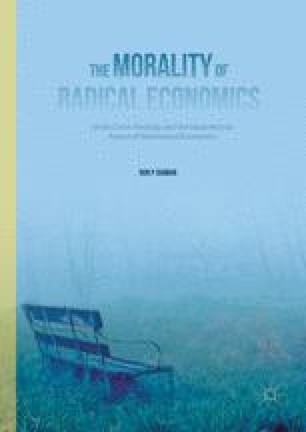 Surprisingly, given the substantial resources in time and energy that mainstream economics departments have historically required grad students to devote to general theorems of welfare economics (GTWE) high theory scholastics the vast majority of economists—basically all those who do not explicitly work on General Equilibrium Welfare Theory, pretty much ignore the theory discussed in Chap. 9 as window dressing. The main purpose of the GTWE appears to be to make mainstream economics look more like a natural science and serve as a useful gate keeper to select students who, after spending considerable time and energy plowing through the advanced mathematics necessary to derive these theorems, are more likely to become attached to their underlying ideological message.1 Why else would one be required to spend so much time and effort on this?

The neoplatonic ideological message being implicitly conveyed is that, as these theorems are derived from dazzlingly fancy (for most economics...

Marginal Cost Producer Surplus Consumer Surplus Price Discrimination Consumer Welfare
These keywords were added by machine and not by the authors. This process is experimental and the keywords may be updated as the learning algorithm improves.
This is a preview of subscription content, log in to check access.