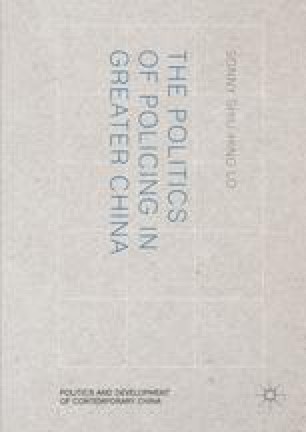 Overall, the mainland police play a critical role of being the instrument of the ruling regime in China to maintain national security, exert social control, curb terrorism, and fight against cross-border crime. However, police legitimacy in China is relatively problematic, partly due to their controversial exercise of power and partly because of corruption. As such, the police are under tremendous pressure to demonstrate their crime-fighting capability through internal reforms, better coordination with the police at provincial and local levels, and the modernization of policing. The control over cross-border crime is a good indicator of China’s improved coordination and police modernization. Still, enhancing police legitimacy is a huge challenge in mainland China due to its vast size and the variations of police practices in different localities. The Lee Po case in Hong Kong raised an important question of whether the mainland security police might cross the border from the mainland to Hong Kong to “persuade,” if not “kidnap,” Lee back to the mainland. Although Lee insisted that he voluntarily sneaked back to the mainland for investigation, the disappearance of Lee demonstrated the political sensitivity of those who produced books that mixed rumors with partial facts on Chinese politics in Hong Kong. The police force remains the tool of the mainland Chinese Party-state to consolidate its political power and maintain socio-legal order. As such, religious freedom in China is bound to be constrained from the Western perspective. Ultimately, the persistent psyche of the Party-state and of the police force to perpetuate the ruling party’s dominance is the policing context that shapes China’s police operation.

Police Officer National Security Chinese Communist Party Environmental Crime Police Legitimacy
These keywords were added by machine and not by the authors. This process is experimental and the keywords may be updated as the learning algorithm improves.
This is a preview of subscription content, log in to check access.