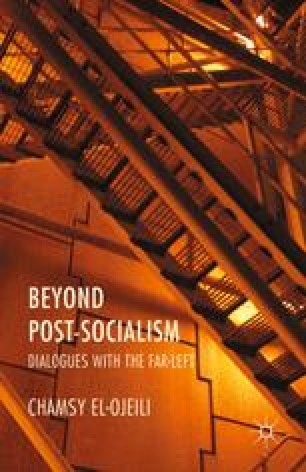 Many Flowers, Little Fruit?: The Dilemmas of Workerism

By any count, Michael Hardt and Antonio Negri’s (2000) Empire is a remarkable work. Here is an accessible, sweeping Left vision, apparently equipped – with a mix of rhetoric and scope reminiscent of the Communist Manifesto, a smattering of post-structuralism’s intellectual highlights, the catchiest aspects of post-industrialism, network and globalization approaches to contemporary social change, as well as an extraordinary optimism and confidence (‘the irrepressible lightness and joy of being communist’ [Hardt and Negri, 2000: 413]) – to compete with Fukuyama’s narrative of the end of history. The impact that Empire has had – immediately recognized by some as a Manifesto for our times, denounced by others as a silly book capable of inflaming only Leftists hopelessly out of touch with new realities, and viewed by some commentators as the closest theoretical and utopian expression of an emerging anti-globalization movement – demands an analysis and evaluation of its conditions of emergence, of its political-intellectual heritage. In good part, these conditions, this heritage, can be found in Italian operaismo or workerism, a Left communist strand contemporary with situationism. This is clear from the important tonal and conceptual similarities between Empire and a number of workerist texts: for instance, the demand for a social or political wage for all; the notion of the real subsumption of society to capital; the reconceptualization of the proletariat – most recently, as multitude; and the insistence that this multitude ‘is the real productive force of our social world’ (Hardt and Negri, 2000: 62).

Class Composition Capitalist Relation Class Struggle Political Struggle Total Domination
These keywords were added by machine and not by the authors. This process is experimental and the keywords may be updated as the learning algorithm improves.
This is a preview of subscription content, log in to check access.

Cite this chapter as:
el-Ojeili C. (2015) Many Flowers, Little Fruit?: The Dilemmas of Workerism. In: Beyond Post-Socialism. Palgrave Macmillan, London