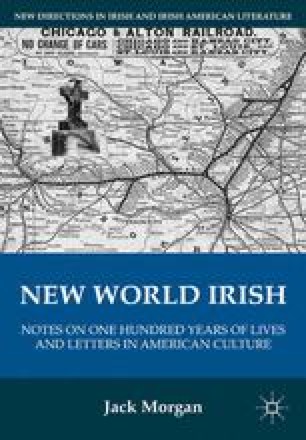 John Ford, the Irish, and His Cavalry Trilogy

Four men mounted on horseback on a rise. Colonel Owen Thursday (Henry Fonda) scans the landscape with binoculars, but sees no sign of Indians. The frontier-savvy Captain Kirby Yorke (John Wayne), on the contrary, sees all the signs of an Indian strategic ploy — the far-off dust clouds are created by squaws and children dragging mats, he knows, and the warriors are no doubt secluded in the rocks to the troop’s immediate front. To the inexperienced Colonel Thursday, Captain Yorke’s caution is nonsense; they are dealing with the Sioux, not with Alexander the Great or Napoleon. When Yorke persists in his cautionary assessment, Thursday declares him dismissed from command of his troops, for cowardice, and orders a direct ride ahead in columns of four, something Yorke knows will be suicidal. Shocked, Yorke jerks, and his horse leaps forward. Now just he and the horse are on screen; they pivot, spin, and face Thursday, the horse rearing — anger, defiance, caught in a fast visual composition punctuating a central dramatic moment, a pivot in the film Fort Apache itself.

Cultural Archeology Irish Language Irish Theme Musical Accompaniment York Time Book Review
These keywords were added by machine and not by the authors. This process is experimental and the keywords may be updated as the learning algorithm improves.
This is a preview of subscription content, log in to check access.