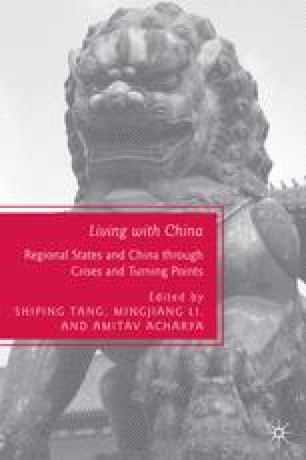 Conclusion: Living with China, but Loving It?

The broad purpose of the Living with China project is to ascertain how China’s neighbors have responded to its rise and what explains their response. But a particular and distinctive aim of this project is to examine these responses with the prism of crisis management. Such a focus is justified not only because, as the Introduction to the volume notes, it is a relatively understudied aspect of the burgeoning literature on China’s relations with its neighbors, but also because it helps us understand three things that the more general assessments of the relationship tend to obscure.2

Crisis Management Asian Financial Crisis Indian Ocean Tsunami Shanghai Cooperation Organization East Asian Summit
These keywords were added by machine and not by the authors. This process is experimental and the keywords may be updated as the learning algorithm improves.

1. Amitav Acharya is Professor of International Relations at American University in Washington DC. He was Director of the Center for Global Governance Studies, University of Bristol, United Kingdom. He thanks Tang Shiping and Li Mingjiang for their comments on an earlier draft.