Medicine at the Border 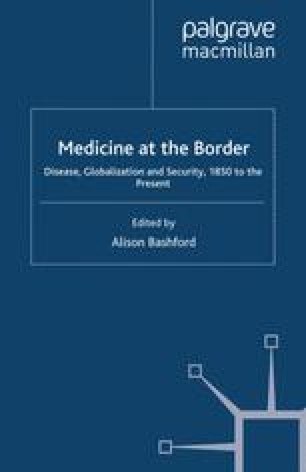 Fault Line Protection Intervention International Public Health Policy World Dangerous Pathogen
These keywords were added by machine and not by the authors. This process is experimental and the keywords may be updated as the learning algorithm improves.
Download to read the full chapter text

Cite this chapter as:
Fidler D.P. (2007) Biosecurity: Friend or Foe for Public Health Governance?. In: Bashford A. (eds) Medicine at the Border. Palgrave Macmillan, London