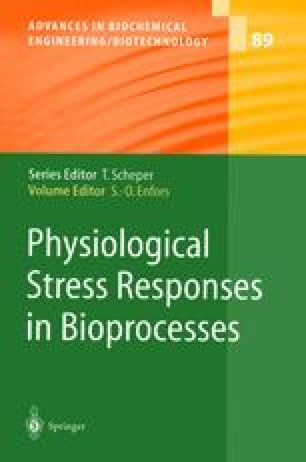 Escherichia coli is a versatile organism for the production of recombinant proteins. Often, however, the recombinant protein does not reach its native, biologically active conformation within the bacterial cell but deposits as inclusion bodies. The heat-shock chaperones, a group of polypeptides omnipresent in all kingdoms of life, form a network to assist proper folding of cellular proteins, prevent their deposition and can even dissolve deposits of misfolded proteins formed during environmental stress conditions such as excessive heat. Coproduction of individual chaperones with the target protein can also reduce deposition of the recombinant protein into inclusion bodies. The selection of the suitable chaperone(s), however, is still a trial-and-error process. The wrong chaperone(s) will not lead to success, or may even negatively effect product stability or host viability. Recent progress in understanding the mechanisms and substrate specificities of the major chaperones and their roles in the chaperone network now gives some hints for a more rational choice of chaperone(s) for coproduction. Also, more specialized chaperone systems may become an alternative for application in the production of recombinant proteins.

Cite this chapter as:
Hoffmann F., Rinas U. () Roles of Heat-Shock Chaperones in the Production of Recombinant Proteins in Escherichia coli. In: Physiological Stress Responses in Bioprocesses. Advances in Biochemical Engineering, vol 89. Springer, Berlin, Heidelberg. https://doi.org/10.1007/b93996