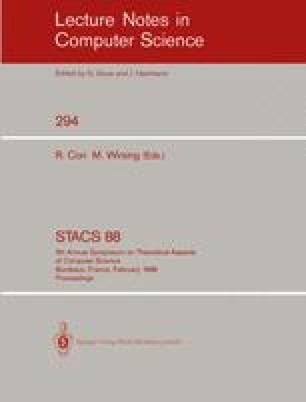 The relation of two patterns with comparable languages

If q simulates p, one may think that there must be a substitution that applied to q produces p itself. This hypothesis is considered under different assumptions. It results that it is true only for very restricted patterns (with variables only) and only when erasing substitutions are considered. The relation between two patterns is studied also in the case that the languages they produce are equal.

Restricted Pattern Pattern Language Large Alphabet String Consisti Terminal String
These keywords were added by machine and not by the authors. This process is experimental and the keywords may be updated as the learning algorithm improves.
This is a preview of subscription content, log in to check access.