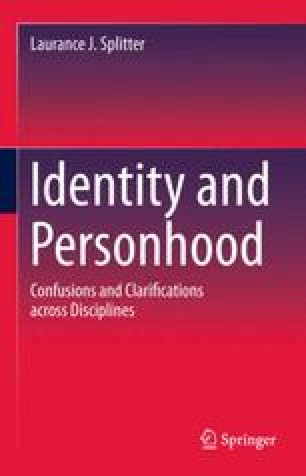 Identity in the World of Objects and Their Kinds

In a myriad of ways and contexts, we make and rely upon claims of identity in our dealings with ordinary objects – including other people. By “ordinary objects” I mean the material things that we encounter in our daily experience of the world, and that constitute a large component of that experience. We eat at tables, chew bread, sit on chairs, tap key boards, play and listen to musical instruments, travel in planes, trains and boats, swim in pools and rivers, and interact in various ways with other people and animals. Moreover, for both theoretical (conceptual) and practical reasons, we assume both that these objects have some kind of continuing identity, and that we could – if we wanted or needed to – make claims of identity in regard to them.

Natural Kind Material Object Identity Criterion Ordinary Object Persistence Condition
These keywords were added by machine and not by the authors. This process is experimental and the keywords may be updated as the learning algorithm improves.
This is a preview of subscription content, log in to check access.

Cite this chapter as:
Splitter L.J. (2015) Identity in the World of Objects and Their Kinds. In: Identity and Personhood. Springer, Singapore