Gulf Cooperation Council Culture and Identities in the New Millennium 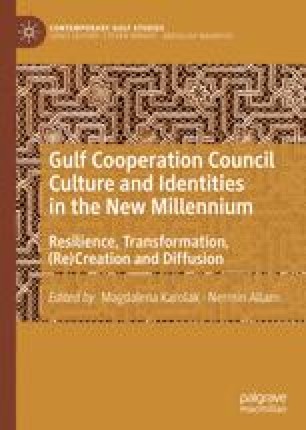 This study intends to provide a comparative overview of government-sponsored scholarship programs for nationals from Saudi Arabia, Kuwait and UAE who wish to pursue their tertiary education abroad, either in a neighboring Arab country or in the wider world.

It draws on official documents, facts and figures, press reports and recent literature rather than on field research, in the belief that, especially in the Saudi Arabia study case, changeable expectations and aspirations expressed by GCC youth may be influenced by readily accepted narratives forged both inside and outside Gulf countries.

This study suggests that beyond the stated official goals of the Saudi, Kuwaiti and Emirati government-funded scholarship programs, which are concerned mainly with economic development, prolonged exposure of GCC students to non-GCC cultures can act as a powerful and challenging tool for change and evolution in traditionally conservative GCC culture and identities. It is also explained that the scholarship programs can act as boosters of new glocal identities, provided that Gulf Millennials engage with the GCC political élites to negotiate the reshaping of a glocal identity taking in tradition and globalization, global and local, past and future. Briefly, scholarship programs should be regarded as facilitators for the construction of a new glocal identity.

Despite concerns about challenges faced by the Khaleeji, or pan-Khaleeji, identity when confronted with globalization, this new glocal identity could materialize as the result of a constructive and selective “appropriation of cultural elements” (Karolak, Identity and Culture in the 21 Century Gulf. Overview. Gulf Affairs, Autumn 2016, vi–vii, 2016) during the time spent studying abroad, followed by re-elaboration and incorporation of these elements into the Khaleeji culture and identities.

Focusing on Saudi Arabia, which has by far among GCC countries the oldest tradition of fully government-sponsored scholarships for study at foreign universities—in fact scholarship-oriented policies have been part of the Al Sauds’ education strategy since the 1920s—this study underlines, among other issues involving Saudi students abroad and Saudi graduates returning home, how the Kingdom, unlike Kuwait and UAE, prefers to exert its soft power through its students abroad rather than exerting public diplomacy within its borders, notably through the establishment of foreign university campuses.