Quality of Life in Japan 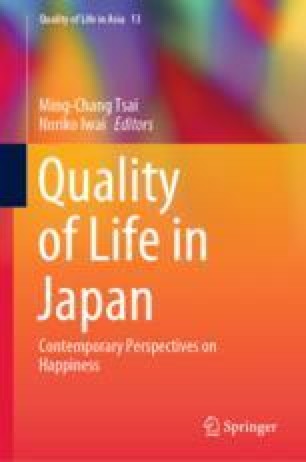 Chapter
Part of the Quality of Life in Asia book series (QLAS, volume 13)

This work was supported by the MEXT-Supported Program for the Strategic Research Foundation at Private Universities of Japan, 2014–2018 (S1491003). “International Comparative Surveys on Lifestyle and Values” were designed and conducted by the Center for Social Well-being Studies, Institute for the Development of Social Intelligence, Senshu University, Japan, in collaboration with Social Well-being Research Consortium in Asia.