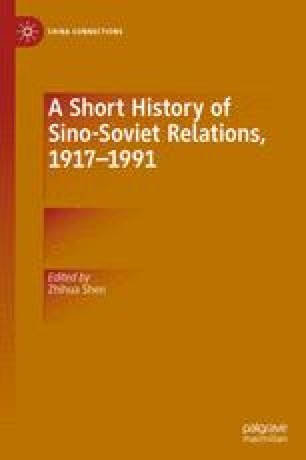 Sino-Soviet Diplomacy Under the Threat of War

The 18 September incident launched by Japanese officers and the Japanese occupation of the three provinces in the Northeast in 1931 seriously interrupted Moscow’s strategy with respect to the Chinese Communist Party (CCP) struggle against the Nationalist Party. As a result, the Union of Soviet Socialist Republics (USSR) was forced to adjust its policy toward China. At the same time, the rise of Nazism in Germany in 1933 complicated the crisis even more. Thus, the USSR abandoned its policy of isolation and actively began to seek contacts with various foreign governments, including the Chinese Nationalist government. These moves inevitably affected the policy of the Comintern. As a result, the formulation and implementation of a new united front policy, including compromises between the CCP and the Nationalist Party, became inevitable.