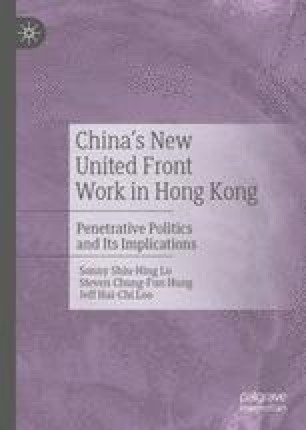 China’s united front work in Hong Kong has gained considerable success in influencing and co-opting the leaders of the Buddhist, Taoist, Confucian, Islamic, Christian and the Catholic community. While the Buddhist leaders are the most vulnerable group under the united front co-optation, the Catholics remain the least vulnerable and the most resistant group vis-à-vis united front work. The Buddhist emphasis on social harmony and peace has much in common with the ideology of the Chinese Communist Party, thus making them an easy political ally. Similarly, the Taoist and Confucian values have laid much emphasis on social harmony and cultural values, leading to another relatively easy coalition with Beijing. The Muslims in Hong Kong have traditionally fallen under mainland China’s united front work. The Christian leaders have also been politically co-opted, but some Christians have in the recent years been critical of the way in which their leaders embrace Beijing’s united front work. The Catholics remain relatively the most politically defiant ones, mainly because of the beliefs and legacy of Cardinal Joseph Zen.