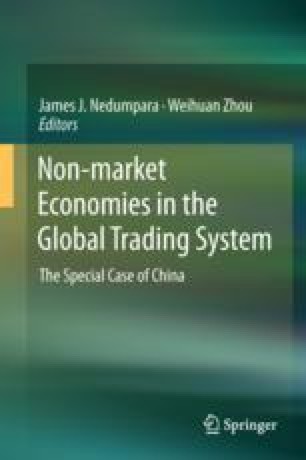 Shifting Sands: The Evolution and Future Course of U.S. Anti-dumping Law and Practice Against China and Vietnam

This article traces the history and development of the current non-market economy methodology (NME) under U.S. anti-dumping law and practice as it applies to China and Vietnam and examines the likely change the methodology might undergo in the event that either China or Vietnam were granted market economy treatment. The study reviews early days of U.S. anti-dumping practice, which evolved to address imports from centrally planned economies such as Czechoslovakia and Poland where domestic prices were considered unreliable due to the centrally planned nature of these economies. The Department of Commerce in those early cases weighed different methodologies to calculate normal value for goods originating from these countries and developed a practice where it tended to rely on data from non-state controlled third country “surrogates”. The surrogate country methodology had its limitations, and as Chinese imports made their way to the United States in the 1980s, the Department of Commerce again reworked its methodology to arrive at what is now known as the “factors of production methodology”. The factors of production methodology has led, to what many believe, inflated dumping margins on Chinese and Vietnamese exports. As part of its accession to the WTO, China agreed to be treated as an NME in domestic anti-dumping proceedings but it premised its agreement to such treatment on the understanding that NME treatment would end after 15 years of China’s accession to the WTO, i.e. by December 11, 2016. However, the United States and the European Union continue to apply the NME methodology to Chinese exports even after this date, resulting in a challenge by China at the WTO. Against the backdrop of the battle at the WTO, U.S. anti-dumping law continues to evolve to address unfair trade concerns with the application of new pricing methodologies, such as the “particular market situation” methodology which is being increasingly relied on by the Department of Commerce to reject both costs and domestic prices of exporters from market economy countries. That the methodology is being applied to market economy exports suggests that any success which China may have at the WTO in compelling the United States or the European Union (EU) to end its NME status may well be limited. The article concludes with a look to the future including the evolution of the “particular market situation” methodology and the potential WTO challenges that might arise in response to its continued application.

The author would like to thank Peggy A Clarke and Stephan E. Becker for their comments and feedback.