Human Rights and Agents of Change in Iran 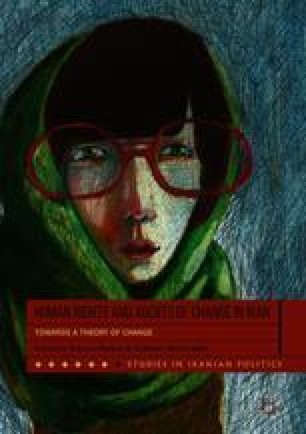 Struggles for Revival: The Iranian Student Movement under the ‘Moderate’ Government, 2013–2017

The student movement played an active role in post-revolutionary Iran, particularly in promoting democratic reforms during the reformist era and in the Iranian Green Movement. In response, conservatives engaged in various forms of repressive strategies to paralyse the movement, so that at the end of the second term of Ahmadinejad’s presidency (2009–2013), there were virtually no organisational structures remaining for pro-reformist student activists. The surprising victory of Rouhani in the 2013 presidential elections was received with much enthusiasm by the student movement. Many saw Rouhani’s ‘moderate’ government as an opportunity to revive the student movement through rebuilding reformist organisations on university campuses. This chapter explains the revival of the student movement during Rouhani’s first term in office (2013–2017). Based on interviews with student activists involved in the revival at different universities, the chapter focuses on the constraints on organisational rebuilding of the movement after a period of severe repression, and presents the strategies adopted by activists in response to the challenges they faced.

Ahmadinejad Post-revolutionary Iran Rouhani Islamic Student Associations Middle East North Africa Region
These keywords were added by machine and not by the authors. This process is experimental and the keywords may be updated as the learning algorithm improves.
This is a preview of subscription content, log in to check access.