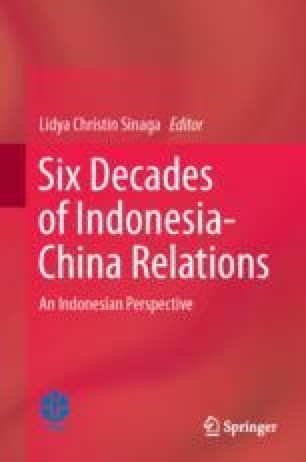 The Dynamics of ASEAN–China Economic Relations

ASEAN and China made a breakthrough step by establishing a free trade area called ASEAN–China Free Trade Agreement (ACFTA). Despite optimism that the FTA will be fruitful in the long term, it turned out that some industrial products have been negatively impacted in the short term. There are also some concerns that the ACFTA may slow down the process of ASEAN Free Trade Agreement (AFTA). All these facts raised questions on whether China’s motivation is towards economic domination or integration. This concern became more apparent when China, on the one hand, demonstrated a clear strategic goal, while ASEAN, on the other hand, did not yet have a clear picture on how to situate itself against the rising China. This chapter focuses on the dynamics of ASEAN–China relations in economy, especially in the context of ACFTA. Although ACFTA scheme contains the word ASEAN, bilateral agreements are given more emphasis in its relations-building efforts, such as agreements between China and Indonesia, China and Malaysia, China and Singapore and so forth. Furthermore, although the ACFTA is an inter-regional phenomenon, this is still an FTA whose characteristics are like other regionalism and the analysis, therefore, should use a regional approach. Whether or not the impacts of the ACFTA are well-anticipated is another question and, therefore, it is interesting to answer, especially in the context of Indonesia which tends to have comparative advantages.