The Economics of Tax and Social Security in Japan 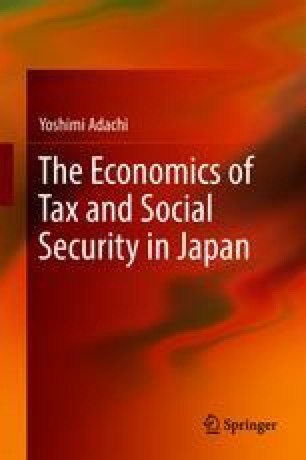 French economist Thomas Piketty’s best-selling book has raised awareness of inequality. In Japan, income inequality has been increasing since the mid-1980s. Since the later 1980s, people face urban–rural disparities during the period of rapid economic growth, a wealth gap between haves and have-nots during the economic bubble, and the adverse effects of structural reforms were implemented by the Koizumi administration. The biggest factor in widening income inequality among the working-age population is the expanding low-income class due to increasing temporary employment. With companies focused on cutting costs, more temporary workers are hired given their relatively lower wage levels. Increasing numbers of the elderly with a wide income gap and no-employed people are also contributing to widening inequality. Middle-class income levels are decreasing, raising the risk of slipping into poverty. Japan's relative poverty rates rose since the 1980s, that is, from 12.0% in 1985 over 16% in 2000s. The percentage of households on welfare percentage of public assistance recipients has grown in single-mother households and the other households. One in six children live at less than half average living standard. The poverty rate of children in single-mother households is over 50%, the highest among OECD in 2010.