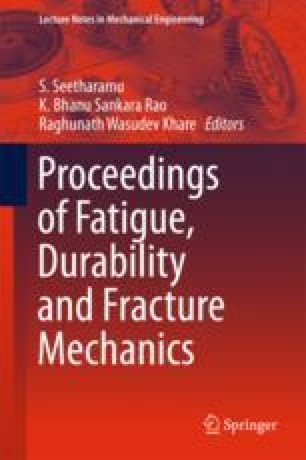 Proceedings of Fatigue, Durability and Fracture Mechanics pp 299-306 | Cite as

Structural analysis of IHX seal holder and inner vessel stand pipe due to interference has been carried out as per RCC-MR code. The phenomenon of progressive deformation/ratcheting, due to combination of primary stress and secondary stress intensity range, has been checked. The damage due to creep–fatigue interaction has been estimation for IV stand pipe, IHX shroud shell and IHX tubes to avoid the failure. The effective primary stress intensities (P 1 and P 2) and the plastic plus creep strains are found to be within allowable limits for IV and shroud shell. The detailed 3D analysis of IHX due to 4.5-mm interference between shroud shell and tube of IHX has been carried. The stress in the tube is 320 MPa. The fatigue damage and creep damages are 0.043 and 0.271, respectively.