The Idea of Governance and the Spirit of Chinese Neoliberalism 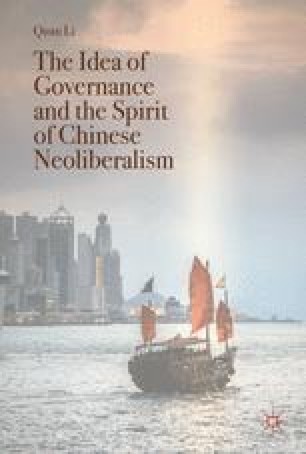 Discovering the Neoliberal Soul in China

Quan identifies the central research thesis of the book and its significance: the empirical investigation of Chinese neoliberal ideology and the theoretical refinement of a Weberian perspective. He first introduces the interpretive approach used by Max Weber and his followers in exploring complex systems of capitalist ideologies as this is the approach that provides the theoretical foundation and research methodology for the current study. To reveal the character of the Chinese version of neoliberalism, in particular, Quan suggests an ideal-type construction as the analytical instrument to articulate a multi-layered conceptual structure of governance. The discussion then moves to the possible ways of examining the intellectual establishment of governance. Based on a comprehensive literature review, Quan distinguishes three analytical approaches to the idea of governance and compares their relative strengths and weaknesses. The advantage of the state-centered perspective is that it draws attention to the political regime as the center of inquiry; thus, it is recommended for this study.

Ideal-typical Concept Transitional China Governance Ideas Ideal-type Method Public Administrators
These keywords were added by machine and not by the authors. This process is experimental and the keywords may be updated as the learning algorithm improves.

Remember, that time is money.

The quotation comes from Benjamin Franklin, Advice to a Young Tradesman, Written by an Old One (1748). The electronic version is available at http://founders.archives.gov/documents/Franklin/01-03-02-0130, accessed on May 16, 2016.

Time is money; efficiency is life.

A political slogan in Shenzhen, China, the 1980s