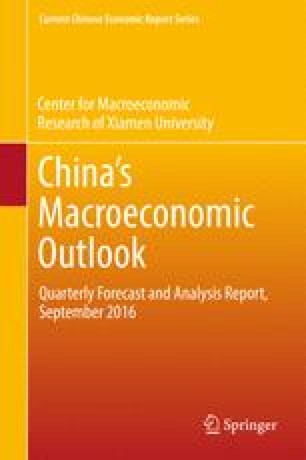 The outcome of the UK vote to exit from the European Union in June 23, 2016, has reinforced uncertainty about the global outlook for 2016-17 and increased expectations of more easing monetary policy in advanced economies. According the World Economic Outlook Update (WEO Update) released by the International Monetary Fund (IMF) on July 19, 2017, the US economic growth is forecast at 2.2% in 2016 and 2.5% in 2017. However, the real GDP growth rate in the second quarter released recently is only 1.1%, less than half of the market expectation. Taking this into account, even though the US economy growth is being on a steadily upward trend, forecasts for 2016 and 2017 are both marked down by 0.2 percentage points relative to the July 2016 WEO Update by the IMF, to 2 and 2.3%, respectively.

Monetary Policy Euro Area Fourth Quarter Foreign Exchange Reserve Producer Price Index
These keywords were added by machine and not by the authors. This process is experimental and the keywords may be updated as the learning algorithm improves.
This is a preview of subscription content, log in to check access.